How to Find us 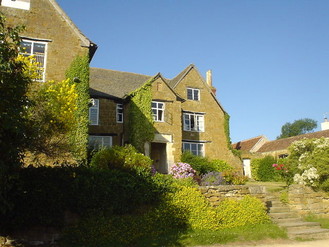 Upper Knapp Farm, originally known as Nasse Court, was purchased by Mr Thomas Trotman from Sir John Berkeley of Beverstone Castle in 1540. Little is known of the property before this other than it being under the remit of the Manor of Woodmancote, part of the Berkeley estate.

The Trotman family were one of a rising class of merchants and mill owners made wealthy from the wool and cloth trade which was prominent in the area. It is likely that the family used the large attic rooms of Nasse Court to store and possibly make, on hand looms, woollen cloth which they would sell on regular trips to Bristol and London.

Thomas Trotman's son married the daughter of Edward Tyndale of Slimbridge, older brother of the famous William Tyndale - the first person to translate the Bible into English.

Much later, deeds from 1690 show the property occupying a substantial area of land and detail many orchards, a brew house and a duck pond. Another important local family, the Philimores, lived here at that time.

The listed building contains many original features including large oak and elm beams, cellars with stone steps, heavy panelling, several original windows and a large heavy plated front door. Builders scribe marks of circles and arcs are visible on an attic beam facing East, a traditional mark for 'warding off evil' commonly drawn in those times. 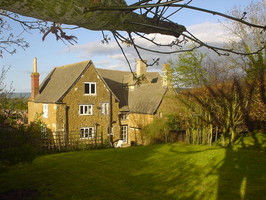 It is not known when the house first became known as Upper Knapp Farm but it ceased being a working farm in many local people's living memory - when the surrounding fields were sold off for housing development in the 1970s.

The wool machines, duck pond and rolling orchards have gone but the house remains as stately and solid as ever in its new and important role of sheltering and taking care of 21st century children.